Last summer I had the opportunity to visit another Marvel Studios production out in the UK thanks to Disney’s PR efforts in promoting their biggest movie to date: the sequel to The Avengers.

I had visited other Marvel productions in the past, Thor: The Dark World and Guardians of the Galaxy, but this one was the biggie. This was Joss Whedon’s baby and featured the biggest sets, biggest cast, and biggest budget. And I got to meet Hawkeye!

Our coverage of the two-day visit was embargoed for many months, as is standard on set visits, but we were allowed to roll out specific parts over the last few months, beginning with our 3-part interview with Whedon, followed by different actor interviews every few weeks – usually tied to the release of other marketing materials or based around specific events. Here’s a list of all the interviews:

The set visit was particularly guarded and most of the cast wouldn’t talk about the villainous Ultron, their own futures in the Marvel Cinematic Universe or even what their characters do in the film. We weren’t even taken to the art room which is usually the most interesting and revealing part of touring a set. We did however get to see Paul Bettany suited up in the Vision costume before any images of the character released online.

We even saw him fistfight Chris Hemsworth’s Thor so that’s pretty special. This whole skirmish took place on a massive, built-to-scale recreation of the top few floors of Stark Tower. This building, a major part of the first Avengers movie is now the base of operations for the team and there are a few lounges, a med bay and facilities for each character. You can walk through the entire thing it is fully complete. I can only imaging Whedon has some awesome long single-takes in the film from the set design.

Topping the entire thing off was a locker/equipment room which was also attached to a ramp leading up to the team’s new Quinjet. Yes, this is all part of the same set too and we had the chance to walk up in the Quinjet, take a look at the incredible details of it and even sat in the pilot’s chair. The amount of work that went into the production values is mindblowing, and coupling that with the size of the crew involved no set for a two-person scene, it becomes understandable why Joss Whedon is taking a break from team-up superhero films after Age of Ultron hits theaters. 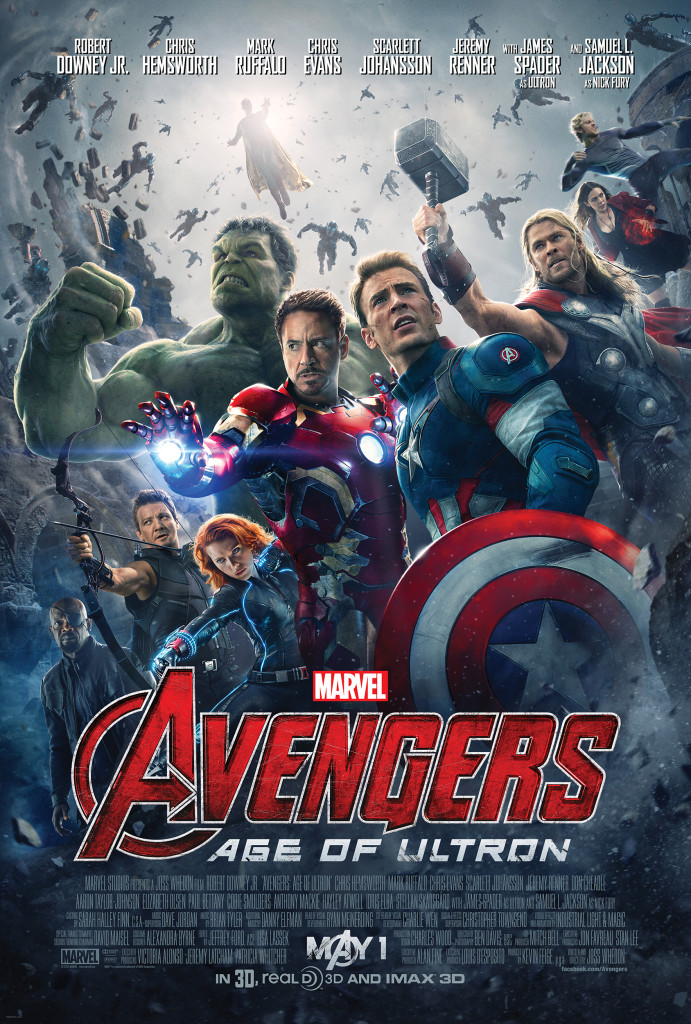