The embargo lifted Friday so I can finally reveal that last September I traveled again to London’s Pinewood Studios to visit the set of Marvel’s Guardians of the Galaxy. I had traveled to the same place, stayed in the same hotel, all for the same studio the year prior for Thor: The Dark World so the formula was familiar.

This one wasn’t a sequel though – all new characters in all-new costumes using all-new weapons to fight all-new villains in all-new locations, places that don’t exist or take place on Earth. No, for this film, pretended we were in Xandar, the homeworld featured in the Guardians of the Galaxy trailer, seemingly under attack from a massive alien ship.

For now, all I can share is our interview with star Chris Pratt – which you can read in full on Screen Rant. As the embargo lifted at 9am PST, noon local, I was also able to share the happy news that the second Guardians of the Galaxy trailer will debut on the official movie Facebook page at 10:30am PST, following a Q&A at the same place with director James Gunn and some of the cast.

With the news came the release of another epic poster as well, even better than the first one which says a lot in a year where most movie posters are bland and uninteresting. Reminds of you Star Wars, right? 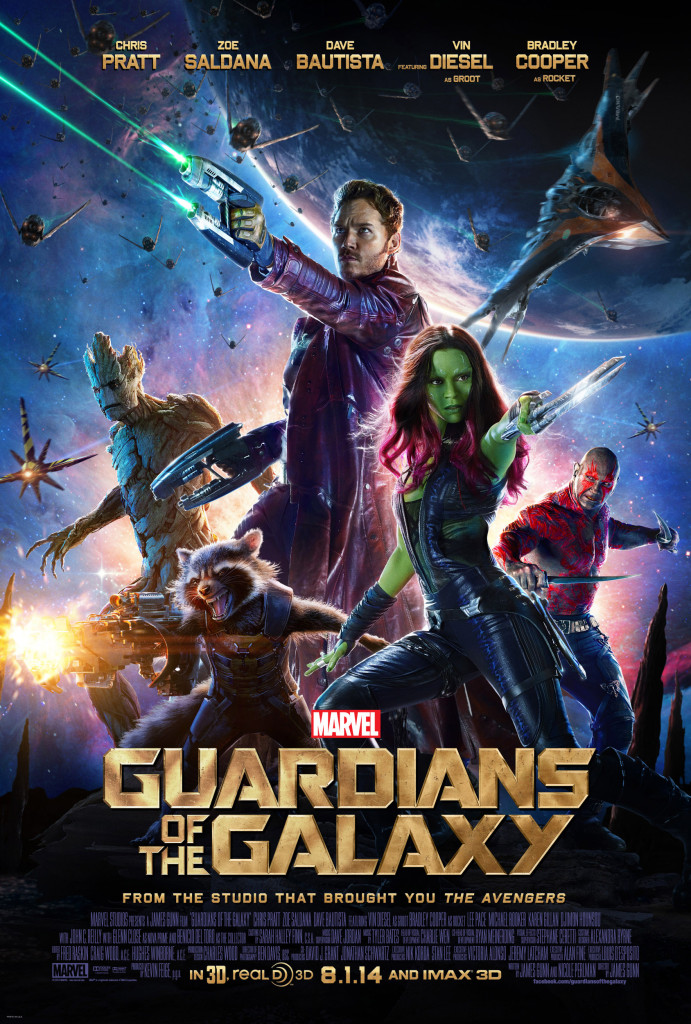 Second Guardians of the Galaxy Poster

Stay tuned for the official full trailer release tomorrow and check our my articles on Screen Rant for more GOTG info and new photos!